A new company is always short on cash and long on tasks. Right from the start an excited pot of people gather together and someone puts a stake in the ground “We’re doing this”. From that point forward a business entity is formed and shares are issued. From this, founders are born.

I’ve come across a number of startups with 3, 4, 5 and even 7 founders involved in various startups over the past year. It’s always debatable about the right number of founders but there definitely can be too many. Too many founders significantly affects the success of the company, the happiness of the founders and the financial results the founders may achieve personally.

Dilution Over Time – Assuming you’ll be seeking financial backing and assuming you’ll be giving up equity for money, your share of the company will be reduced with every investment of cash. This effect is cumulative in your reduction of company total ownership unless you intend to maintain personal anti-dilution rights. This means you get to put in your own money along side new investors to maintain your percentage of ownership. Most founders aren’t in a personal financial position to do this. Most founders are “tapped” financially by getting the company off the ground and working for little or no money in the beginning. Even if you can afford to put in money it means your co-founders will get even more diluted and chances are they will not be happy with you. 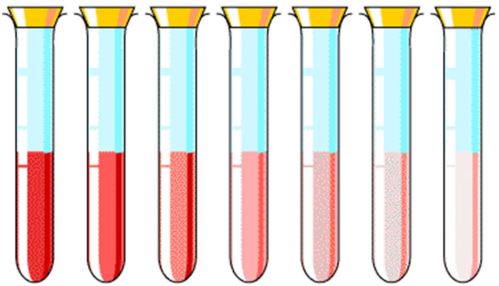 Let’s say you start a company on your own. You own 100% of the shares.

Investment 1- Let’s say $1 million will be invested for 30% of your company. You will not be handing over 30% of your shares, instead the company will issue 30% additional shares and they will be assigned to the new investor. So your absolute number of share remains the same but you now own 70% of the total shares after the investment.

Result A – You own 56% of shares. Investment 1 owns 24% of shares. Investment 2 owns 20% of shares. If you’re scratching your head wondering why investment one is lower it’s because we’re assuming they don’t have anti-dilution rights. This means they lose the same percentage of share you do. They didn’t put any new money in with the second round of investment so they diluted like you at 20%. The net effect is it saved you a percentage of the company. Also, you retain voting control. At 56% of the company you still have the majority of voting stock. This means you control the company.

So what happened here? Well, in this case investment #1 said “hey I want to maintain my 30% ownership” so they put in additional investment along with investment 2. So you didn’t bring in $2 million, you brought $2.6 million. The extra $600,000 was invested by investment 1 to not get diluted in the round. So you, the founder, took the additional dilution.

If you wanted to maintain voting control then you’d needed to have taken in less money from investment 2, say $1.5 million, and restrict them to getting 16% or less of the company’s total shares. Then the match from investment 1 would have kept you keeping over 50% of the stock. BUT, some investors won’t accept less than the percentage they want. It’s just not a “meaningful enough” ownership stake. If investment 2 insists on 20% you have a tough choice. Maybe you can convince investment 1 to not maintain anti-dilution rights but it’s highly unlikely.

Now Bring On the Extra Founders

We saw in the simple example above the dilution of a single owner. Let’s now assume there are five founders and each has 20% equal ownership of the stock to start with.

We’re going to stay focused on you for this set of examples but keep in mind that all the founders are in the exact same boat. I’m assuming here that all five founders are fully vested in their 20% stakes to begin with and none of them have anti-dilution rights or the personal finances to invest additional money with the subsequent investors.

It requires the pool of three of the five founders to have voting majority of the company. 20% times 3 founders = 60% of the shares and therefore voting control.

Investment 1 – $1 million comes in for 30% of the shares, anti-dilution rights are in place.

Investment 2 – $2 million is invested by a new investor for 20% of shares.

At this point, subsequent rounds of investment dilute you personally even more. If your company hits a problem and experiences a reversal of fortunes you’re pretty much obliterated in your ownership percentage.

Theoretically, on the total value of your shares the 200,000 shares you own keep going up in value. This is a good thing and any general shareholders should be happy. As a founder you may have a very different outlook on things. After all, it’s your baby.

Founders Not Pulling Their Weight or Leaving

The romantic notions of a startup and the realities are very different things. If the founders involved have started other companies, their eyes are wide open and everyone should have a good idea of the general effort, stress and dynamic pace they’ll encounter. MOST HAVE NOT.

Those who have not started a business with no other means of financial income are in for lots of surprises. This is not for the faint of heart. Some will abandon the effort. Some will not be adequate for the task. Some will just be impediments to success and must be removed.

What happens to the share ownership of those that prove not valuable and not worthy? Nothing, unless you plan for it. Once stock is issued, they own it. Period. Founders shares are usually very cheap. They may be a penny a share of less. So even if a million shares are issued to the founders only $10,000 is paid by the founders to own the shares. That usually is far short of the capital that’s going to be required to get the business off the ground.

The value to the company is going to be the fruits of their labors. That can be organizing and fundraising, creating operational plans, writing code, leveraging business networking, etc. The impact should be ongoing NOT just one-time. A startup is a marathon, not a sprint. You shouldn’t have someone permanently and significantly benefiting from company ownership for running a short fast “dash” of effort.

Peter Thiel of Paypal founder fame likes to see two founders in a company. No more and no less. In his personal funding he finds that to be the magic number for execution and effectiveness.

​In the groups of four to seven founders (yes, I’ve come across a startup with seven members) it tends to be a democracy, kind of like a band. One or two founders will have the strongest voice and front facing effort but decisions tend to be “group think”.

When one of the principle advantages startups have is being nimble, group think slows things done. Also, quite frankly, it’s a pain in the ass to work with a large group of founders as a coach, adviser, partner or investor. Hassle is friction and no one likes to get burned.

Nothing breeds more contention with founders than the guy who “doesn’t pull his own weight”. When a couple of founders are putting in major time and taking on major stress while another founder just isn’t executing with the same passion, commitment and investment – resentment builds.

True Story – A dynamic duo had launched a hosted Ecommerce platform in the late 90’s called Apollo Solutions. These young guys mortgaged their condos and went full steam ahead. The pair felt they needed an MBA involved so they brought in a third partner to write a detailed business plan to present to investors and bring in money. They felt his plan was terrible and he just didn’t fit into the company. They fired him and moved on. They said he didn’t do anything meaningful so they denied his stock grant. Within 12 months along came CNet to buy them out. Guess who came out of the woodwork, yep, MBA guy. He sued which put the sale on hold. This leveraged the founders to pay out a large settlement just so they could sell the business.

Short Timers – What happens when initial founders want out? They leave and they take their shares with them. The guys left are doing a ton of work and usually for reduced or no pay. Most founder shares are very, very cheap so there was no real cash contribution. What happens? They get to benefit from the remaining founders’ efforts.

Some Remedies to Prevent Short Timers from Benefiting – First off, nothing says founder shares need to be fully purchased and handed out on day one. Instead you can carve out all or a large portion of shares and keep them in the “treasury” of the company.

Instead of handing out a big wad of shares on day one, you can divvy up stock options that vest over time. This would be similar to what you’d do with employees. I recommend three or four years to fully vest with a portion vesting immediately and upfront. So for example, if a founder is going to get 200,000 shares in total over three years then have 50,000 share vest immediately and 50,000 shares per year for the next three years. To keep people more on the hook you can have the shares vest equally every month at 1/36th of 150,000.

You’ll have to work out some of the “what ifs”, i.e. what if the company is bought (vest immediately), etc. What this does is allow people who want to leave, to leave, but it keeps a large pool of shares held by the company to give to employees, investors or new founders without having a big dilution effect on everyone overall.

For minor partners or those recruited late to the game, sometimes phantom shares are useful although most investors won’t like them. This is a contractual promise to issue shares to people if they meet contract goals and objectives and often there are restrictions. So these persons often get upside financial gain if the company sells for example (phantom shares turn into real shares and are automatically converted into the sale). Phantom shares have no voting rights and no immediate dilution impact. Warrants are similar. They give someone the option but not the obligation to buy shares of the company stock at a set price. Often there is an expiration on this right. They aren’t good forever.

Get it right from the beginning. Don’t have too many founders and put a vesting plan into place for all the founders to start. This will get commitment and best efforts and still allow people to leave on agreed terms if something doesn’t work out. You’ll all feel better about your role as a founder and have better odds of personal success.