The Story of Ray Markman – Part 3 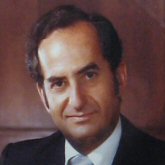 A boxing match! I promise myself to be there to see Loop Lonagan and Alexander Harbinger PhD settle their differences in a modern-day duel. I know Loop as a tough street fighter but he gives away a tremendous advantage in reach to the tall German and at the Union League Club, the Marquess of Queensberry Rules are enforced—way out of character for Lonagan. No gouging, no rabbit punches, no kicks to the groin. And unlike here in my office, nobody can pull a gun and start blazing away.

Now I need these two to set their differences aside and give me their reports on Ray Markman. Under the circumstances, that’s asking a lot. The atmosphere is way too tense. So I pull a bottle of single malt out of my drawer, produce three heavy tumblers and pour till they’re all half full. 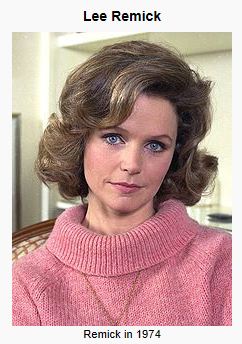 Lonagan and Harbinger are still glaring at one another until the scotch gets their attention. Loop takes a seat and downs his in one gulp then pours another. Harbinger and I sip at ours.

As Lonagan’s color slowly returns to normal, he goes on as if nothing happened: “Like I was sayin’—bottom line, Ray always has two lives happenin’ in parallel. During the day it’s his corporate career, but nights ‘n’ weekends he’s starting companies. So he hedges his risk but pays da price of super-long hours. He puts together a team o’ five investors. Dey start a life insurance company, a real estate company, a bank, a wealth management company. Lotsa others. Some of ‘em big-time. He’s part of a group startin’ a venture capital fund as we speak. Now here’s my point. A guy don’t do that unless he gets a thrill—a real blast outa what he does!”

Harbinger sips his drink—aloof and silent.

Lonagan goes on: “Lemme tell you ‘bout da life insurance company first. Names it Mayflower to give it a feeling of history. And that works real good—people think it’s an old, established firm. Here’s da point I wanna make: He brings in a charismatic leader who lines up all the major agents. Ray’s always forming teams! Yer gonna see a lot o’ that with him. It’s what you might call his modus operandi.

“Anyhow, business just pours in with dis insurance company. Dey take it public! Then private again! Then dey sell out! Then buy it back! Then, when things go bad, just when dey think dare broke, somebody comes along and buys it!”

Lonagan leans back in his chair. “Ya gotta understand. Ray’s one o’ them guys dat loves da game—any game. He knows where money wants to go. He feels it—it’s a natural talent. He can make it flow and channel it. And he does it with style!   And if yer smart, ya hitch a ride with ‘im! I used to do that all da time on da trading floor—hitch a ride with a winner.”

I hold a finger to my lips and think about what I’m hearing so far. It calls to mind a favorite old movie—James Garner and Lee Remick in, THE WHEELER DEALERS.

Harbinger sets his empty tumbler on the desk. “I do not believe an insurance company qualifies for what is referred to as risk capital.” After downing the scotch, he seems calm.  His German accent almost disappears. I’ve noticed that about him a lot. When he gets excited, he reverts. When he’s poised, he speaks like an English scholar.

Lonagan’s the same way—except he never talks like a scholar. He gives Harbinger a quick glance and a derisive expression. “Whadda YOU know about it? Anyhow, summa his best action is in real estate.” Lonagan punctuates his words by thumping the table with his thick index finger. “Dis guy is one o’ da first syndicators. Lemme explain how dat works, in simple terms so Alex understands.”

Harbinger shows no reaction to that.

Lonagan thumps the table again. “Da company puts together a capital structure. General partners ‘n’ limited partners. The generals are da risk takers. The limited ones want a return and a tax write-off. Clear so far?” He thumps again. “Then dey buy land. Naples Florida on da Gulf right on Vanderbilt beach! And dey get it cheap! It’s one o’ dem early Florida deals.” Another thump. “They put up eight apartment buildings—on spec! Sell ‘em to people in da northern states.” Lonagan closes his hand into a dramatic fist. “So then they take it public and sell it!” He looks at each of us before going on. “Just like dat insurance company, da thing works because he finds a smart guy t’ run da show. Ray knows howta pick talent and howta delegate power. Dat’s always key. Get da ball rollin’! Ask lotsa questions! Ya don’t hafta know ever’thing yerself—always remember that!”

After this tirade, Lonagan takes in a lungful of air. “Now Ray’s group is playin’ with more money. So whadda they do they do? Invest in a bank! What a sweet deal! And Ray stays on as director fer a long time. They eventually sell that, too. Great investment!”

Harbinger looks somewhat stunned. I don’t know if he’s losing the argument or if he’s worried about the upcoming boxing match. I can only guess. If he doesn’t know how to box, there’s only 3-1/2 hours left to learn. I top off everybody’s glasses.

Lonagan swallows a healthy slug and keeps rolling. “He starts Salespower—yeah dat’s right—da bigtime company, Salespower Inc! Ever’body knows dat one. He starts it over a disagreement with Manpower Inc, his corporate client. Ever’body knows dat one too.  Manpower, dey wanna sell product outa their own offices. But Ray says ‘Offices don’t sell products. People do.’ So he sets up dis separate entity t’ market stuff. His theory goes like dis: ‘You produce the product, we do everything else.’ And by that, he means ever’thing—marketing, promotion, sales, financials!  Beautiful concept! Now ya don’t need t’ operate no business—all ya need is a factory ‘n’ a product. If you’re a manufacturer, ya just make yer stuff and no worries about da business details. Beautiful settup!”

I have to smile at that. Think of the opportunities! Lonagan swallows his scotch and keeps talking with enthusiasm in his voice.

“At Salespower, Ray gets hold o’ two hot products right away. One’s a bottled chocolate soft drink. Nothin’ like it on da market. Den he comes up with an idea fer using it in ice cream soda. He goes straight to da supermarkets and whips these things up ‘n’ hands ‘em out. Free! Nobody’s doin’ that back then ‘n’ people love it! And he goes to da tough neighborhoods, too. Guys come in—some of ‘em reeking o’ liquor—dis is Saturday morning—and dey taste da sodas and buy cases o’ da stuff! It’s flyin’ out o’ da stores! And get this—it becomes da third largest seller in Chicago next to Coke and Pepsi! 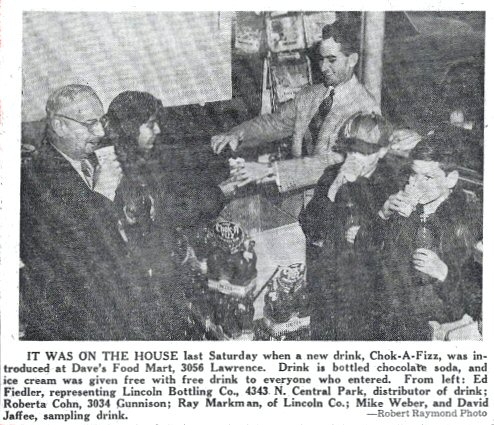 “So den a bottler comes t’ him. Wants to own the product ‘n makes a good offer. What does Ray say? ‘Double it!’ Whadaya think happens? The guy doubles it! Now this is important: Ray’s got da moxie t’ make that deal! He makes it before he asks the manufacturer! When he finally does and the guy hears da terms, he’s so excited he starts stuttering!  Ray makes him rich! Da guy gets cash up front and gets to keep making his product with a cut on so much per case!”

Harbinger still sits in his chair looking dignified as Lonagan goes on.

“There’s anudder Salespower product called Lifeline Battery. It’s got more power and outlasts any car battery on da market. Ray goes straight to car dealers and does demonstrations. A couple dealers take it on and they outsell all da rest. Ray gives ‘em a big margin—three times what they’re use t’ gettin’! Orders start pourin’ in over da transom! Now deeze automobile manufacturers want to own dare own battery even if it means buyin’ his. So dey make ‘im an offer. He says, ‘Double it!’ And whadaya think? They do! Deeze guys is gonna pay anything!”

I need to understand more. “Does Ray always try to double the offer? When I sold my business, I multiplied the offer by seven—and got it.”

Harbinger seems to be brooding.

“Something on your mind, Alex?”

He starts, as if his mind is elsewhere, so I repeat the question. “Alex, do you have anything to add?”

He stares at me a moment then composes himself. “Yes. A story I find poignant and highly significant.” He folds his hands on his lap and goes quiet.

Harbinger clears his throat and begins…

One response to “STARTING COMPANIES WITH STYLE”