The Story of Ray Markman – Part 7

Loop Lonagan is out somewhere looking for another bottle of $50 scotch and I’m alone with Alexander Harbinger PhD, getting his slant on the Ray Markman story. Alex looks fit—all six foot five of him—but I wonder if he has any real experience boxing.

The match is just a little over an hour away, so I put it to him.

He brings himself even more erect in his chair. “When I vas a boy I attended a special school—what do you call it ven you live at—ah yes—boarding. It vass a boarding school. They taught all ze boys to defend zemselves.”

I squeeze my eyes closed. This is all wrong. The guy hasn’t used his fists since school days, and he’s going into a boxing match with Loop Lonagan? A horrible image comes to mind and I shudder. I picture Lonagan grinning while he cranks the handle of a meat grinder.

But I need to hide my misgivings from Alex. Pulling out my phone, I get Big Bill Blaire on the line in two rings. “It’s me. Got something going. Boxing match.  A.H. needs a warm-up.”

“Per…fesser…Ha—ar…bin…ger?” Blair’s deep slow voice breaks up over the cell phone, but I make out the gist of it: “You want I should find ‘im a…a…a…spa—ring…pa—rter?” Bill’s speech flows at the speed of molasses.

I watch my words because Alex is right across from me. He doesn’t stand a chance against a streetwise brawler like Lonagan, but I don’t want to shake his confidence. “It’s like this, Bill: You and Loop were brought up on the streets of Chicago. It’s a different fighting style. Just give him a few pointers – show him what to expect.”

“Is he… Cra—azy? Bill pauses a few seconds and I count the bars on my phone.

“Look Bill—just get the guy prepped, will you please?”

“You want I should get…da…main…ring?”

I look at my watch. “The match starts in an hour and fifteen.” 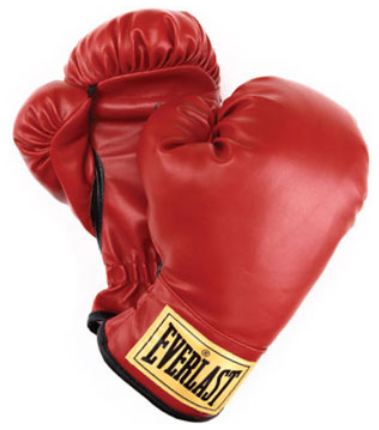 I pause to consider what I’m doing. He’s right, of course. How do you teach a university professor to box in an hour? “Listen Bill, warm him up but don’t wear him out, okay?”

“Thanks.” I put away my phone. “Alex, why don’t you head over to the club right now and get ready? Bill Blaire’s waiting. Ever meet him?”

That makes the wheels in my head spin fast. What does Bill Blaire find to say around a bunch of MIT alums? With an involuntary shrug, I dismiss the thought.

The tall man rises to his feet and gives a little bow—just his head. “You vill come?”

He smiles then marches out my office door and I drop my gaze and study the creases on my shoes. The poor guy’s gonna get killed.

Left alone with my thoughts and my files, I shake off the crisis of the coming fight and consider what I know about Ray Markman’s time in advertising. I need to focus. Three of are still fleshing out his claim that he never worked a day in his life.

Ray once advised me to watch the TV show, Mad Men, saying, “That’s just the way it was.” So that’s what I did every night this week. I watched it—the entire first season. Seems more like a soap to me with plenty of angst and a lot of airtime spent on infidelity. I can’t picture Ray in the role of the cold, unprincipled Donald Draper. But here and there, I see some amazingly straight descriptions of how the game of advertising worked. The general atmosphere, the specific duties, the pecking order, the predatory culture, the crass exploitation of everything, especially women.

Hey—that actor looks just like Ray did. Was that intentional?

I read though the file on Ray’s time at Leo Burnett—his dream job—and come up with something fascinating.

He up and decides that their huge account, the Philip Morris Company, isn’t doing enough about creative new products. Their marketing department isn’t set up the way he thinks it should be. Can you wrap your brain around that? A lowly account manager at a big prestigious advertising agency is telling their biggest client how they should do business. And that’s just what he does!

Ray’s team comes up with 1000 new ideas for products. That’s right—A THOUSAND! Out of all those come five products that they actually end up marketing. The big one is the 90mm cigarette—Virginia Slims. (This is back in the days when cigarettes were king.) The usual cigarette at Philip Morris is only 65 mm—practically a butt. The longest is Pall Mall at 85mm. Virginia Slims is longer and slimmer. Since it’s so long, it filters the smoke so you inhale less of the bad stuff, right? Anyway, that’s what people believed back then.

Ray’s team looks at all sorts of changes: length, circumference, taste, flavor, style, aesthetics, filtration, health additives, burning quality, smoke quality, freshness, choice of tobacco, dimension and shape of the carton, quality of the pack. They even create a new paper. A really terrific campaign. I recall my own mother smoking those things.

And he’s having the time of his life.

The lyrics of an old song play in the back of my head. “That ain’t workin’. That’s the way you do it…”