I’m at the Federal Reserve Bank of Chicago to find out more about the financial crisis in Europe and why I should care. This is the keynote address–the second in a series of speeches sponsored by Northwestern University. The topic is economics, but don’t let that scare you away. I’ll translate it into everyday language and reduce it to a few pertinent facts that mean something to you and me in a real way.  (My editorial comments are in parens.)

Prof. Martin (Marty) Eichenbaum is good—really good and quite entertaining. He’s a PhD in Macroeconomics at Northwestern University. A Fellow of the American Econometrics Society. A consultant to the International Monetary Fund and the World Bank. He’s currently a consultant to the Federal Reserve Banks of Chicago, Atlanta and San Francisco. He’s co-editor of the American Economic Review, one of the nation’s oldest, most respected and revered scholarly journals. This guy’s got credentials. I’m impressed. You’re impressed too, right? Well you should be. Like President Schapiro, who spoke before him, he’s an excellent teacher and knows how to make his points in ways that everybody will understand.  Here’s the skinny on his speech:

“The recession is global in scope. Europe could easily spiral out of control. The consequences could be enormous.” We all know that, but then he brings up a sage point: “It’s tough to cut spending and raise taxes during a recession to get back to a surplus or even back to reasonable numbers because it slows the economy in the short term. If you wait for the crisis to balance your budget, it ain’t gonna happen.” He goes on: “Spain is at 25% unemployment—like our great depression. Debt is 160% of GDP in Greece.”

Why is this happening? I feel a real need to know.

He tells this story: “Back when Portugal, Ireland, Italy, Greece and Spain joined the European Union they said, ‘We’re not so good at monetary policy. We do other things. We do cuisine, we do art, we do literature…’ (Laughter from the audience.) ‘We’re going to hand over the steering wheel to the Germans because they do inflation well.’ But if you can’t pay the bills you can’t pay the bills. If the Germans won’t let you pay them with inflation, then you’re going to default. You can’t raise taxes—they’re already too high. So we’re looking at real sovereign default risk.”

“If you look at unit labor costs in these countries when entering the euro. Germany is little changed. All others have experienced a huge rise. They’re not competitive with Germany and people are going out of business. Only Germany has a trade surplus against everybody else’s trade deficit. Bond spreads between Germans and other countries are huge. Italians, Spaniards, Portuguese, and Greeks have to pay a lot more for money. So much that you can’t borrow at those rates.”

(It sounds like letting the Germans take the wheel was great for Germany, but lousy for everybody else. That’s something I didn’t know before.)

The Crisis is Simple

(It occurs to me that it’s really simple for us to understand the underpinnings of this crisis. I’ve picked the metaphor of housing because so many people can relate to it and understand it.  Let’s compare Europe to your own home mortgage. Say you’ve got a $200K house and rates are low, so you borrow to the hilt. Then, let’s say you take all your cash and invest it all in more real estate. If real estate prices drop, you’re underwater, both on your house and your investments. If your home is really your castle, you’ve got a sovereign debt crisis. You’re broke. And you can’t print money to buy your way out.  Turns out that’s a problem in the EU as well.)  Here’s how he explains the situation in Europe:

“In 2003,” says Marty, “Interest rates were at historic lows and there was no fear of sovereign default.” (So countries borrowed big because rates were so low. I can relate to that.) “The ECB told them to invest in a safer portfolio:

Sovereign debt.” (Sure—what’s safer than that?)  “So the banks in Europe bought sovereign debt at urging of the ECB.” Now that’s not good diversification of risk so he goes on to explain that they tried to avoid any run on a bank by creating deep pockets. To do that they set up Long Term Refinancing Operations—LTROs—which lent them a trillion euros at 1%. The result? Banks are run by people, just like everything else. People do what looks good to them, even if it’s too good to be true. According to Marty, they doubled down: “They used the cheap money to double down on high-yield sovereign debt.”

(I can picture them doing just that. The interest rate spread must have seemed like free money. So they licked their chops and plunged. A big bet got a lot bigger. Casinos make a business off people who do that.)

As it turned out, it was a bad bet. In 2009, sovereign debt got downgraded. Now these banks faced accelerating capital losses on non-diversified investments that might default.

(They’re heavily invested in themselves and each other. That sounds like a form of incest and something even more embarrasingly personal. Again it’s like the homeowner that took out the maximum mortgage and used the money to buy a vacation home and a time share just as the housing bubble burst.) 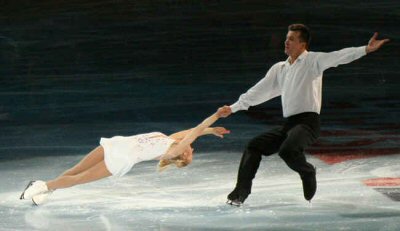 1—European banks are highly exposed to sovereign debt. Then they double down.
2—If rates rise, the old low-rate bonds go down in value. Every time there’s an interest rate rise on sovereign debt, the banks suffer capital losses on the sovereign bonds they bought.
3—Banks look shaky and the government bails them out. Spain spends billions to prop up their banks. Where will the money come from? Nobody wants to hold their debt. Money is leaving Spain in huge gobs. No solution in sight.
4—As a result, the rate charged governments goes up. The rates charged Italians, Spaniards, Portuguese, and Greeks are way higher than what Germany pays. You can’t borrow at such rates. So the banking systems in these countries are in trouble. Because the banks are in trouble, they won’t lend to the people of the country.
5.—When banks don’t lend to the people, recession deepens. Tax revenues plummet. That causes countries to spend more on unemployment and other social programs. That raises the rates on sovereign debt. That hands the banks further losses on their sovereign bonds. Add to that, banks get walloped with non-performing loans. So the banks look even worse than before.

A Problem of Perception

Who cares if the banks look bad? Well, it’s actually a huge problem when people feel that the banks are no longer safe. It results in a kind of suicide called “a run on the bank.” Even if the bank is okay, it can go broke if everybody demands their money at once. It’s a self-fulfilling crisis. Greece and Spain really are broke. What about the others?

Let’s look at Italy. Their economy is huge–so big, they make Greece seem insignificant. Italy carries1.2 Trillion in debt. But actually, they’re doing fine—as long as the markets think they’re not broke. They’ll keep paying 2% on debt and chug along, fat, dumb and happy. But if people think they’re broke, they’ll get charged 6% or more and then they WILL be broke. At low interest, Italy is in surplus. At high interest, they’re broke. Their fate is tied to market perception. It’s self-fulfilling.

So the banks take out Credit Default Swaps or CDS to insure their portfolios. But that type of insurance keeps getting more and more expensive and the death spiral continues.

Takeaways from the Speech

1—Can the EU orchestrate a short-term stimulus and impose long-term fiscal reform? Probably not. That’s hard to do during a crisis.
2—They can raise taxes. But taxes are already way too high and this is a recession.
3—They can print more euros—it’s illegal but there are ways around it. But Germany doesn’t like that option because Germany hates inflation.
4—One non-intuitive solution is to raise German wages. That would stimulate German consumer buying and boost the economies of the other EU countries. A happy solution for the German worker. But again, Germany hates inflation.
5—Yes, Greece may actually exit the European Union, but there’s a bigger option than that—one considered unthinkable three years ago: Germany leaves the euro. Then other countries can print more euros, create inflation, devalue their currencies, and take all sorts of measures to buy themselves out of trouble.

(I notice that he hasn’t raised the specter of war.  History shows us that it tends to breed at times of financial crisis.  My bet—for what it’s worth—is that Europe will wring its hands and delay any meaningful decision as long as possible. Then, at the last possible moment, they’ll take the only course left open to them—the worst one.)

GO BACK TO – THE CLIFFS OF INSANITY

(Afternote–I find it amazing how much of this has already come to pass–actually come to pass in the short time it’s taken for this article to reach the head of the line.)