THE TYRANNY OF THE TELEPHONE

VERBATIM – Transcribed from a recording by Loop Lonagan

Everywhere I go, people bow their heads over their smartphones or hug ’em to their face like they’s worshiping pagan idols. And maybe that’s not far from the truth. It looks dumb. It rude. And a guy could walk into a truck. Nowadays you can’t have a decent conversation without getting interrupted five times by a phone call or text.

One time, long ago, an exec answered a call in the middle of our meeting. After I waited three days to see this guy in person, some yahoo calls up and takes front stage. That’s The Tyranny of the Telephone. That little incident happened before cell phones. Now it’s worse—we carry the little tyrants around in our pockets 24/7. Pretty soon these things is gonna be waterproof so we can carry ‘em in the shower—even take ‘em to the beach. I can picture some new venture raising money to make special smartphone holders for soap racks. With the screens growing in size, I wanna see ‘em try and develop a pocket to fit a string bikini.

Yeah, I know it—I’m no different from anybody else. I’ll remember to confess that to the Padre this week along with a buncha stuff I can’t talk about here. See, I’m what’s called an early adopter. Already on my third smartphone. Anyhow, I gotta get off this train of thought and focus on this speaker I came to hear.

HUGH JEDWILL on the FUTURE OF MOBILE

I’m listenen’ to a really smart guy talk about mobile tech. This ain’t no Madison Avenue sharpie. Guys got a shaggy pony tail. Roudy jeans. Nice sport jacket, though—just enough to show you he’s here on business. Looks like California big venture money–those guys dress like street bums but with sport jackets.  We’re all used to it by now. I think it’s an image thing and it seems to work. People go for it. Anyhow, he knows his stuff, which is what counts with me. He’s soft spoken with a good sense of humor and it’s easy to like the guy.

Hugh’s big-time. Used to work marketing for Fortune 500 outfits. Now they seek him out. He’s CEO of Mobile Anthem—a marketing agency that helps these companies build a bridge between traditional marketing and mobile technology. There’s a big-demand for that. They need his help and need it bad. 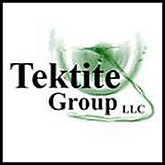 The event’s put on by the Tektite Group. Jean Pickering moderates and she calls Hugh “her hero,” which is kinda weird, but I’m sure she’s got her reasons.

THREE KEYS to a SUCCESSFUL VENTURE

Hugh says with these, you got a good business.

He talks about what’s going on now and what’s to come:

Stage 1—We’re using the mobile internet NOW—not 15, 20 years from now. That’s way faster than the elite predicted. And mobile is ubiquitous. (I like that word.) Who ever leaves home without the keys, the wallet, and the phone?

Stage 3—In the future, it’s not even a phone. Hugh says it this way: “The idea of what is mobile will change dramatically.” Maybe it’s in your clothes—and you get to change the color of the fabric. Maybe it checks if your windows are closed. Maybe it monitors your meds. He quotes some futurist who expects it in nanotechnology. He’s talking really small, like IN YOUR BLOODSTREAM. Now just stop a minute and think about the positive and negatives of that.

Hugh says that not all these possibilities are so pretty. The opportunity for abuse by unscrupulous individuals, greedy companies, and repressive governments is huge. That gets my attention. And I’m wondering how it will all shake out.

He talks about innovations that don’t get used effectively. Here’s an example: The QR code was big for a few months then it fizzled. Reason? Poor use. People posted lots of QR codes that didn’t lead anywhere. So people ignore ‘em now. Cry wolf. 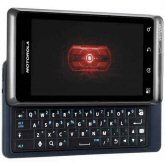 He talks about three limiting factors in mobile technology. (Hey, this guy thinks in threes):

Limiter #1—First is battery life. These things suck battery and everybody’s looking for a wall outlet wherever they go. The industry needs to get that solved. (FYI: Just happens I know a startup company’s got a way to make batteries last ten times longer, so the fix is coming—people just don’t know about it yet.)

Limiter #2—Next is privacy. There ain’t no safeguards now. Everything’s self-regulated and there’s some real bad actors out there—people who know your location and take advantage of that. Companies can pull down your personal profile. Think they’re not using that stuff? Think again. You walk down the street and WHAP—a lousy come-on from the bar you just walked past. Hey—it’s in the terms and conditions you never read when you downloaded that app, so it’s legit. Then there’s the illegal text spam—the kind you didn’t ask for at all. It’s already with us. Then there’s the fact that smart phones are computers. Won’t be long before the hackers and cheese-doodle-eating virus kids get busy. That kinda behavior slows down the industry. I wonder how fast it would be movin’ without these creeps.

Hugh predicts two major events in the very near future.

A mobile app is like a credit card transaction over the Internet—theft happens. The credit card company gives you some protection but nobody’s protecting the cell phone users. He predicts that both of these events will get a lota media attention and plenty of righteous indignation. It’s gonna be bad enough that the industry is gonna face a contraction, so watch your telecom investments.

That also means regulation is coming. Plenty of it. But Hugh sees it as the only way. Says this particular industry CAN’T regulate itself. He’s hoping for the kind of regs that worked real good for the food industry. Rules that make it easy to find out what’s in your food. But the government might come down with a heavy hand, like the way Sarbanes Oxley is screwing with our capital markets. Me, I’m betting the government will do something dumb. That’s their trend. But all I can do is wait and see how it shakes out.

Limiter #3—In the future, our location privacy and personal privacy is gonna be pretty much gone. That’ll be another limiter on mobile technology. Maybe somebody’ll solve it or maybe we just get used to it.

Now his time is shot and he takes Q&A. I think it’s a good presentation. I learned somethin’ and had a good time. Before we break into groups, I meet him one-on-one. Guys got FIVE—count ‘em—5 smartphones on his person. Pockets full of ’em.  What’s with that? So I ask him what gives. “It’s my business,” he says. Simple answer. Direct. Honest. One thing I learn dealing with this new crop of technical business people—they’re intense. And they get the job done.

Your editor invited me down here ‘cause he don’t own no smart phone and he wants I should meet with these people. Yeah, you heard right—no smartphone. Hard to believe but it’s true. Says his Palm Pilot ain’t broke yet. Palm pilot? That thing belongs in the Field Museum with the dinosaurs. The guy carries that piece o’—that piece of hardware around everywhere. Calls it a classic. I call it dumb.

He coulda been here, eatin’ this great food at the Weber Grill. www.webergrillrestaurant.com.  So, John, I raise one to you. Cheers!

Find Hugh Jedwill, CEO of Mobile Anthem, at http://mobileanthem.com, an agency that bridges marketing with mobile technology. See him on YouTube at http://www.youtube.com/watch?v=A2oY4vrZFDc

Find the Tektite Group on Facebook at www.facebook.com/TheTektiteGroup  and their blog at http://tektitegroup.wordpress.com.  These events are organized by Jean Pickering www.facebook.com/jean.pickering who for years has run most o’ the best stuff in this town. Was always behind the scenes till now. I might just mosey on down next time. Had a blast. This ain’t no waste-of-time networking group. I took in a terrific presentation and made three solid business connections.

And check out the great food at the Weber Grill.  http://www.webergrillrestaurant.com/

All my best regards,
Loop Lonagan

GO TO – 3 KEYS TO GAMIFICATION