5 KEYS TO THE ZERO MOMENT OF TRUTH 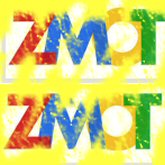 Last time I saw Loop Lonagan, he stuck me with a big breakfast check. Then he invited me to lunch, promising the low-down on the Zero Moment of Truth. Now, instead of lunch, he emails me an MP3 file he dictated during an event held at the Chicago Booth Alumni Roundtable. I’ve transcribed it word-for-word, exactly as I heard it spoken:

Loop Lonagan here. I’m at this event at the Gleacher Center and I’m confused. There’s only two grey hairs in the room and we’re both lookin’ like deer in the headlights but for some reason we showed up. Looks like about 200 people. Most of ‘em I never met. All these brown hairs are usin’ a new vocabulary. SEO. What’s that—a new union out there someplace? Something about sex offenders? I don’t know.

The speaker is very bright. Jennifer Howard. Regional director of sales or somethin’ for this company called Google. This is a talk on the effects on advertising and how it really, really changes. I’m in trouble. Don’t know nothin’ about Google even though I use it every day and even own the stock. Don’t know if I’ll learn somethin’ tonight or not, but we’re gonna give it a try. I figure we all shoulda gone to school to learn how to learn insteada learnin’ facts then doin’ a file dump.

Okay, Jennifer’s givin’ some background now. Turns out this stuff got defined by P&G years ago and I remember it. She draws a line with three points: STIMULUS, FIRST MOMENT OF TRUTH, and SECOND MOMENT OF TRUTH. Classic advertising looks at everything as a response to The Stimulus. The First Moment of Truth is when the actual purchase gets made—the buy point. The Second Moment is when the consumer uses it. Now she’s inserting what she calls the ZERO MOMENT OF TRUTH between the Stimulus and the Purchase.

Talk about inserting somethin’ between stimulus and purchase, this Chicago Booth is so cheap, they only charge you ten bucks to get in the room but they make you pay for your beer. Most o’ the time they charge me 35 bucks and only give me one or two beers. I guess this is cheaper. Maybe I shouldn’t complain,

Jennifer’s putting numbers on it. You know I like numbers. She says, on average, people search the Internet for 10+ sources BEFORE they make the buy.  Consumers are a lot more proactive about gettin’ input FROM OTHER PEOPLE to make a decision.  That’s a big switch.  With that goin’ on, advertising as we know it might be a dinosaur.  Can she prove it?

She asks the audience, “How many of you read reviews online?” Answer—damn near a hundred percent.

She asks, “How many have written a review?” Answer—a lot.

Now she’s talkin’ about video. She says 84% of people are looking at YouTube video before the buy. That’s huge.

Nowadays, 15% of all advertising gets spent online. That’s stuff that used to go to magazines and TV and direct mail. I can believe it. I’m surprised it’s that low, considering the way everybody talks about the Internet as if it’s the next perfect world for everything. It doesn’t amaze me. And it doesn’t matter how I feel about it because it’s happening. I can’t control it. I guess I better join it rather than fight it. But that doesn’t mean it’s not a struggle.

Okay, online advertising and social media keep getting more of the bucket. Are we past the early adopters and now in the mainstream? Didn’t Geoff Moore write “Crossing the Chasm?” Well, looks like we’re crossing it now. Anyhow, if his paradigm plays out then 50% of the spend is goin’ to the Internet in 2-3 years. But advertising only makes people aware. It’s word of mouth that moves people to buy.

So she asks, “When in the buying cycle are people asking each other questions?” And that’s the whole point.  This Zero Moment is a resource to tell you what’s good and what’s not. And the reason it didn’t exist before is we didn’t have access to it except for a very small circle of friends that we had contact with. So word-of-mouth marketing is now digital. You open one door to four or five people and all of a sudden, you open another door and find a crowd of millions of people out there. It’s hard for a lotta baby boomers to grab onto that. The Internet makes the world flat, to use Tom Friedman’s analogy. Bottom line, you gotta look at the Zero Moment to know how to influence buyers.

What she’s sayin’ makes a lotta sense. Maybe I was a too incredulous and didn’t wanna hear the truth before. Did I say incredulous? That reminds me of the old joke of why the South Dakota farmer sent his kid to Harvard. You ask me, “Whaddaya mean, why?” Answer: So he could learn to say “incredulous” instead of “no shit.”

Anyway, back to the presentation.  She says you gotta look at the Zero Moment to influence the buyer. She’s tellin’ a story about Mayonnaise vs. Miracle Whip. Mayonnaise says somethin’ about Miracle Whip and right away, Miracle Whip has a counter on Facebook. That’s agility.

Do people really follow Mayonase on Facebook? I have a hard time getting it onto a sandwich. Hey, talkin’ about food makes me hungry. They got these microscopic hamburgers here. Microsliders or somethin’. No bigger’n a thumbnail. Hafta eat a whole plate of ‘em just to get a bite. Guess they must be those fancy hors d’oeuvres or whatever you call ‘em. Gonna stop somewhere on the way home for a real hamburger when this is over.

Okay, she’s done now and people are clogging the aisle.  So what else did I learn?  Anything practical?  Yeah. Five keys:

1.) You can’t win without showin’ up. People gotta be able to evaluate your product. Start a conversation with the millions out there.

2.) You gotta answer the questions that people are asking. If you don’t, they’re gonna move on and leave you in the dust.

3.) Only 20% of sites are optimized for mobile phones. You gotta do this. If you don’t, you won’t even get one or two seconds of their time.  And don’t forget video—it’s bigger every day.

4.) You gotta be fast. It’s like an earthquake. The earth moves too fast under your feet for you to just stand there. Jump in and fail fast. If you try to make it perfect, you’ll never make it. Be biased for action.

5.) For any group o’ people, you gotta put a CMFIC in place. If you think that stands for Chief Master Fascist In Charge, you’re crazy.  It’s an old army term. The troops understand it. You gotta have somebody accountable who leads the strategy for you. Be intentional.

Anybody can download a 60 page writeup in PDF or e-book format and see video about this stuff, FREE from Google at http://www.zeromomentoftruth.com

That’s the crop, John. Hope it opens your eyes. Everybody can tell you need to do that.

Find Chicago Venture Magazine at
www.ChicagoVentureMagazine.com Comments and re-posts are welcomed and encouraged. This is not investment advice – do your own due diligence. I cannot guarantee accuracy but I give you my best.