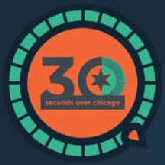 To shine a brighter spotlight on the clubs and theaters where

The winning team gets $1000. Every team gets a $150 bar credit from their venue. And the deadline for pitches is this Sunday, Nov. 3 at midnight.

“Imagine if you could go back and watch Nirvana at Cabaret Metro in 1990, or the first Smashing Pumpkins shows,” says Rich Seng, Founder of Gigity.TV. “That’s what we’re doing—sharing and archiving Chicago culture so it can live forever.” 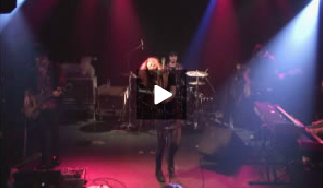 Gigity.TV sets up camera systems in music venues and livestreams concerts—with audio straight from the soundboard—to subscribers worldwide. Sign-up is free, and so are many of the shows. Gigity.TV streams about 60 shows a week and boasts a viewable archive of more than 2200.

“Say you live in Australia, but you’ve heard about this great Chicago music scene,” says Seng. “Now you can watch it live.”

Venues pay to have the cameras installed, then share in pay-per-view and advertising revenues. (The performers get a significant cut as well—Gigity.TV’s stated mission is “to help artists take another step towards making a living off of their talents.”) Once the system’s installed, says Seng, “All they have to do is hit Create Broadcast, set start and end times, and upload the band profile. Then they can go back to running the bar.”

The results won’t win any awards, but the automated three-camera set-up does an amazing job of changing perspectives to capture the intensity of the performance. If you’re a suburban music lover who doesn’t like crowds, drinking or staying up late, Gigity.TV is even better than being there.

Pitches Pouring In All Weekend

Most of the venues in 30 Seconds Over Chicago don’t have Gigity.TV set-ups, but Seng insists the competition isn’t about adding them to his roster. The point is to highlight local creative talent. “Everyone who works on these spots is credited. Say someone at one of the major ad agencies sees a spot and it really gets his attention. It’s a way for your portfolio to reach more eyeballs.”

Previous competitions have invited spots for Wicker Park retailers and Chicago area brew pubs. Teams shoot on shoestring budgets, but Seng says, “Some of the winners from the brew pub competition look like they cost $100,000.” 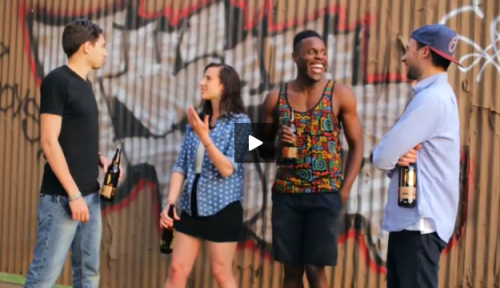 Flossmoor Brewing, a winner from the Brew Pub Competition

If you’re thinking it’s too late to jump in, don’t worry. Your pitches don’t have to be anything elaborate—just short write-ups of what kind of spots you’d create for particular venues. (A young girl is above the stage looking out of the window on the top floor ….) Each venue picks the concept it likes best, and the 45 finalists have a little over a month to complete their spots before the finals, Dec. 10 at the Double Door.

All you really need to compete, Seng says, are, “Creativity, resourcefulness, and a love for the music.”

Jeff Segal works with entrepreneurs as a Message Therapist, translating great ideas into messages that connect with customers, partners and investors. He also writes at BrokerSavant  and We’re Not Expecting Any Surprises.  Contact him at mt.jeffsegal@gmail.com or Twitter @MsgTherapist