Tag Archives: how to project revenue 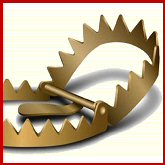 Having spent several years owning a candy company, Sally was interested in both opportunities.

Sally knows that the jellybean market is large and well established. With a few regional exceptions, she knows the annual market growth has been 3% for many years.

Accordingly, she was a bit surprised to see strong growth projections in the presentations from both A-Dot-Co and BetterBean. More diligence would be required.

Sally asked both companies to submit detailed materials in support of the projections they presented. She was particularly focused on the factors responsible for revenue growth. Since the market is large and established, Sally knew that growth for a new entrant must come from either expansion of the overall market or from switching behavior (customers switching from established providers to new providers). She was hopeful that the detailed support material for each revenue projection, would reflect management’s understanding of these market dynamics.

She knew from prior experience that the total candy market was very large and she was glad to see the jelly bean sub-market in excess of $2 billion. There would be plenty of upside for A-Dot-Co. She was also glad to see that in year 5, the founder did not expect to exceed 1.0% of the market. Any larger share percentage would require major resources and additional funding rounds.

However, before investing, Sally still needed more information on the detail behind the market share projections. She scheduled a follow-up call.

On the call, A-Dot-Co was very enthusiastic. It went like this:

Sally: “Thank you for your revenue detail. I have some follow up questions. How do you expect to land nearly $2 million in revenue in the first 2 years?”

Founder: “A-Dot-Co is well positioned to achieve our revenue goals. We have a seasoned team who formed many candy company startups in the past.”

Founder: “My team has deep knowledge about the jelly bean market. We only need a mere 0.03% of the market to land the projected $600K! Surely there are enough polka-dot jelly bean eaters out there to achieve this projection!”

The Big Little Trap occurs when a founder believes his future projections are achievable because the market is so big and the market share percentage is so little. Specifically, that the sales goal will be very easy to accomplish because the market goal is such a small percentage, such as 0.03% with A-Dot-Co. (“It’s so small that anyone can reach it…as easy as falling off a log!”) In fact, the Trap victim might further say that the percentage is so tiny, that it may take only a few customers to reach it, and “…clearly the market has more than just a few customers!”

As before, Sally was glad to see confirmation of the jelly bean market. (They must have used the same market study). But she was even happier to see customer detail behind the revenue projection.

Sally rejected the opportunity with A-Dot-Co. It fell into The Big Little Trap—and didn’t even realize it. The lack of transparency did not generate confidence in the company’s management team.

The Big Little Trap grabs victims all the time. Like Sally, an investor should consider the market size, but only in the context of the startup’s upside potential. As she observed, there’s, “…plenty of upside for A-Dot-Co.” However, market share is not the justification of year-to-year or month-to-month revenue goals. Market share is best seen as a byproduct of sales efforts.

The jellybean example is fictitious, but the Trap is very real. Watch for The Big Little Trap at your next pitch session. See if the founder falls into it!

Scott M. Anderson is a principal at Anderson Financial Services, LLC and has been performing cash projections for decades as an investment banker, a workout specialist, and recently, as an advisor to investors and startups. He can be reached at scott@andersonfsllc.com

This article appeared in NEWS FROM HEARTLAND

NEWS FROM HEARTLAND – The Journal of the Heartland Angels is published tri-annually for its members. We encourage reproduction and quotation of articles, if done with with attribution. Copyright © 2017 Heartland Angels. John Jonelis, Editor – John@HeartlandAngels.com

FOR MEMBERSHIP IN THE HEARTLAND ANGELS, contact Ron Kirschner – Ron@HeartlandAngels.com

NEWSLETTER SITE – View past and present editions at News.HeartlandAngels.com

Chicago Venture Magazine is a publication of Nathaniel Press www.ChicagoVentureMagazine.com Comments and re-posts in full or in part are welcomed and encouraged if accompanied by attribution and a web link. This is not investment advice. We do not guarantee accuracy. Please perform your own due diligence. It’s not our fault if you lose money.
.Copyright © 2017 John Jonelis – All Rights Reserved
.
.