THE CLIFFS OF INSANITY

as told to John Jonelis

Joe Perogi here. I’m listening to Peter Orszag speaking real clear on The Fiscal Cliff. He comes all da way from Manhattan to give this great talk to us at The Chicago Council on Global Affairs.

This guy’s real smart. Sure, he’s way left o’ my way o’ thinking but he’s got alotta ideas,  Ideas make money move. And he understands the politics as well as the economics – a rare combination.  So after the talk, I read a buncha his articles, put it all together, and here’s what I come up with:

He says $750 billion per year of income is already vaporized. That’s right—it’s down da tubes fer good. He says it’s as bad as the dot com bust but get this—this time we’re not bouncing back so fast. 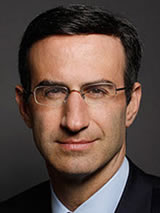 Private lending is zilch. And the jobs are just gone. We lost workers permanently. Lotsa skills become obsolete. People give up.

Here’s something new to me: This mess has been going on long enough that disability benefits are rising. And as Orszag puts it, “Once people get on disability, they don’t go off.” While all this is goin’ on, global labor supply quadruples. So no wonder you can’t find a job.

According to Orszag: “People can sense that all this is happening and that nothing is being done to fill that $750B hole. They’re right.”

Now take that same broken-down train and drive it off the Fiscal Cliff. More than $600 Billion in tax increases and spending cuts by the end of 2012. We’re talkin’ a train wreck of epic proportions on a national scale. Probably push Europe over the edge too.

It’s times like these we gotta keep our sense of humor.  Orszag cites some stats from his Bloomberg column and that takes my mind back to just before the talk. I actually watch Orszag post that article while we’re sitting together in da coffee shop. And I have some fun with that. My old friend, Ethan Sobriety invited me to this shindig and I get here earlier than he does. So I introduce Orszag to him and Ethan almost throws a coronary. Orszag was Obama’s top dog in Management and Budget and the Congressional Budget Office. But he goes back further. Senior economist under Clinton’s Council of Economic Advisors and the National Economic Council.  These days he’s bigtime at Citigroup.

My friend Ethan ain’t no slouch neither. International currency investor who makes a home in England, Asia, Africa, and right here in Chicago, but when the color comes back to his face he says hello to Dr. Orszag and shakes his hand. From his reaction I figure Ethan’s got a whole lot of respect for this guy.

But Orszag is still speaking and I snap my attention back to what’s going on now, right in front of me.  He asks, “Will we shoot ourselves in the foot again?”  He says we’re doing stimulus the wrong way. “We need to do specific, gradual, policy that’s hard to reverse over time.” Gradual and irreversible makes for stability. That way business knows what’s gonna happen and has plenty of time to plan for it. Lending opens up. Da economy starts workin’ again. So are we doin’ that?  No, he says, “We’re doing the opposite.” Not good.

Anybody’d think them bums in the White House, the Senate, and the House of Reps could work this thing out. But Orszag shows two simple charts that explain why it’s so hard to fix. The first one explains the way Left and Right thinking used to overlap. All the deals get done in that overlap area. (This guy’s an economist and uses bell curves to make his point. Ethan tells me Venn diagrams might make more sense to most people, so I’m giving you that version.) Here’s the way it looked in the ‘60s:

Now let’s fast forward to today. You see it? There’s no overlap at all no more. No consensus. Maybe no deal.

Some say polarization is the natural result of gerrymandering and Orszag says that might be as much as 15% of it. But he thinks it’s driven by the polarization of the population itself. “We’re doing it to ourselves,” he says. Then he explains how:

So here are the positions on da Left and da Right:

If there’s no deal, we go over The Cliffs of Insanity and da country goes into another Great Depression.

The Cliffs of Insanity from The Princess Bride – Wikipedia

Even with no consensus, Orszag sees a number of possiblities:

O’course, we can always kick the can down da road again like Obama did last term.  Orszag don’t raise this issue ’cause it ain’t a permanent fix.  We got a looming debt crisis and it’s only getting a whole lot worse.

Orszag sees some good coming in spite of all this suffering:

At least that last one’s for sure.  I hope them bums figure this mess out before New Years Day.  And thanks Ethan for the great invite.  This was worth da trip.

GO TO – THE FISCAL CLIFF – A SURPRISINGLY SIMPLE STORY

Find Chicago Venture Magazine at www.ChicagoVentureMagazine.com Comments and re-posts in full or in part accompanied by attribution and a web link are welcomed and encouraged. This is not investment advice.  I do not guarantee accuracy.   It’s not my fault if you lose money.