THE FINANCIAL MINDSET OF A NEW GENERATION 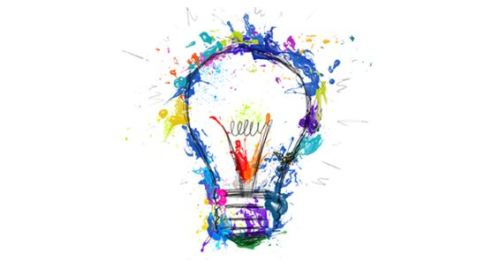 The students who began college this past fall have a forty percent chance of graduating in four years, and a seventy percent chance of graduating in six. Having grown up in the Great Recession they can rarely take money for granted. They are more interested in money than in love, unlike their parents, who may have grown up as hippie advocates of free love during the far more prosperous 1960s.

But it’s possible that the old hippies are their grandparents: yep, that much time has passed.

They expect to graduate from college in debt, but they must also worry about what sort of job they can get to pay it off. They are all too keenly aware of how easily a sophisticated algorithm can replace human beings in the performance of even high-tech tasks. They know that jobs—maybe including one that has their name on it—can be outsourced cheaper overseas. Some of them are growing up in states like Florida where governors are pressuring universities to explain the financial prospects of their various major fields. They might love philosophy but decide to major in Geriatric Studies—perhaps the United States will run out of articles on Aristotle sooner than it runs out of old people living longer and longer.

Since they were about twelve years old the stock market has run a gamut of about twelve thousand points. The most precarious roller coaster at the nearest amusement park seems tame in comparison. They wonder if they will have the guts for investment in this sort of market when they aren’t risking whiplash in their necks (unlikely with the roller coaster anyhow) but cavities in their pocketbooks. Yet at their young age it’s silly to worry about the long-range future, right?

Still, they know they are coming of age in a world where pensions are becoming as infrequent as desktop computers, and where they may have ninety-five year old great grandparents still vacuuming up Social Security and Medicare. They’ve been told that a member of the generation just behind them may live to be 140 years of age. Where will the money to sustain so many geezers come from? Well, it’s too far off to panic now.

The financial hero of their generation is not old Bill Gates but young Mark Zuckerberg, who came up with Facebook. They dream about formulating some high-tech enterprise that will make billions of dollars for them, too. But what might it be? Replacing passwords with high-tech facial identifications? Nah: it’s too late for that—the research is already underway. When they were having their baby food applesauce, Apple seemed to be a company that had seen its best days. Well, look at how that turned out, so for them fantasies of high-tech riches spring eternal.

Rather anxious about money, they are frugal. There’s only a six-in-ten chance they have a credit card. They go debit, thank you. They’d rather have a new tablet or phone than new car. Autos are more expensive and not so necessary. They know a lot more about chips than about carburetors. They tend to congregate after graduation in cities with public transport, and they are a keen ride-sharing generation.

Besides, with Skype who needs actually to go there? One thing they don’t expect if and when they do get a job: lots of face-to-face conversation. It wouldn’t surprise them to learn that they will spend most of their working careers in their apartments—and of course in cyberspace.

They may become the first generation for which there will be scant old-age welfare, and yet also the first for whom it is largely unnecessary to leave the house for anything. Graphic virtual vacations to Venice may be on their way two decades hence, and they’ll be at lot cheaper than going there.

During their lifetimes the price of a first-class stamp has risen 65%. Maybe this has something to do with decreased demand for them. Theirs is a generation that rarely “writes” letters placed into envelopes with stamps attached. Going to the P.O. is hardly a ritual for them.

In their lifetimes K-Mart and Target have always been going in opposite directions. They expect similar corporate unpredictability in a world where popular websites can change every five minutes. They do not expect to stay with one company for long.

They hear about income inequality constantly and may cynically conclude that a rising tide lifts all yachts. Yet both the libertarian Republicans, who appeal to their sense of entrepreneurship, and the progressive Democrats, who promise to close the gap between rich and middle-class, appeal to their economic instincts, however unformulated as yet.

The one thing they should not give up on is education. One study concludes that if every high school student had the skills of every college student, the former would make $28,000 more per year. A Harvard study says that having just one good teacher for only one year can increase lifetime income by $80,000. In a time of gyrating stock markets, rising inequality, and scary high-tech chaos in the job market, it is easy to become cynical about an assigned term paper on the Thirty Years’ War.

But it would be foolish not to complete it, and get a high mark for doing so.

Tom McBride and Ron Nief are co-authors of the annual Mindset List® and of two books: The Mindset Lists of American History (Wiley, 2011) and The Mindset List of the Obscure (Sourcebooks, 2014). For their Financial Mindset List for the Class of 2018, go to http://themindsetlist.com/2014/10/financial-mindset-list-class-2018/

Adapted from News From Heartland – the Journal of the Heartland Angels