HOPE AND PARANOIA IN THE NEW DIGITAL AGE

“Sure I’m paranoid, but am I paranoid enough?” – David Foster Wallace, Infinite Jest

“If you have something that you don’t want anyone to know, maybe you shouldn’t be doing it in the first place.” – Google CEO Eric Schmidt, 2009.

Schmidt and Jared Cohen, hosted by the Chicago Council on Global Affairs. They had some fascinating things to say about how access to technology is changing societies from the

ground up, and their very presence conveyed an implicit message to every bootstrapping startup founder: .

If you have a brilliant idea, and you build it right, you can be a powerful force for improving life on Planet Earth. .

From combatting terrorism to enabling Congolese fisherwomen, Schmidt and Cohen gave one example after another of how the democratization of mobile technology offers hope for a better future. They also sounded cautionary notes about espionage, cyber warfare and data permanence. What they didn’t say—at least, not this simplistically—is that a lot of the good stuff and

the bad stuff are two sides of the same microchip. So I would add the following to the above message:

But you’ll have to negotiate the razor’s edge between hope and paranoia.

Full disclosure: I have not read Schmidt and Cohen’s book, The New Digital Age: Reshaping the Future of People, Nations, and Business.

See it on Amazon

No doubt they address many of my concerns in the book, with greater nuance and detail than I possibly could. The following is based on my notes and those of John Jonelis, the troublemaker who invited me to the event in the first place. .

One example of the hope/paranoia conundrum: Cohen suggested that greater mobile access will make recruiting terrorists more difficult. “The old model was, you trained your young men to be terrorists with no opportunity for doubt,” he said. With greater access, he implied, prospective terrorists can make more informed decisions about joining up because “radicalization is out in the open.”

I’d love to believe that in a free market of ideas, people soberly consider all points of view before forming opinions and acting on them. I’d also love to believe I could lose weight on a diet of Double-Stuf Oreos. Fact is, Americans with unlimited web access don’t soberly consider multiple points of view—they consume as much as they can from outlets that reinforce what they already believe. Why would prospective terrorists be any different? 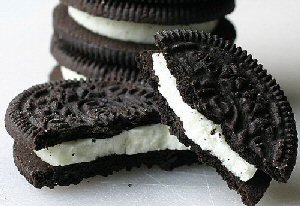 dictatorships—it can motivate and mobilize our enemies. Is the Internet more potent as a terrorist recruiting tool, or as a source of levelheaded persuasion that counters recruiting? .

Or let’s put it this way: If you could permanently shut down Al Qaeda’s web access, wouldn’t you? .

Is Google Worse Than the CIA?

Schmidt would prefer to intercept all their messages instead. In my previous article I quoted him as saying, “If people plan things on line, others will figure it out in advance. We will capture terrorists earlier.”

Fantastic! But let’s face it— “figuring it out in advance” means listening in on millions of messages a day. Sorta like China.

You don’t have to be paranoid to acknowledge that pure Internet privacy is a fantasy. Anyone who uses the Web knows (or should know) that. Hence Schmidt’s 2009 quote leading off this article. He wasn’t trying to be moralistic, or to justify anyone sharing your secure information. His point was, if it’s on the web, it’s out there. Every page you view and every message you send are on a server somewhere.

And you know what? I’m okay with that. What’s more, it doesn’t much matter to me if it’s the CIA reading my email or Google selling my browsing tendencies—I know they do it, and I accept the trade-offs. The CIA prevents terrorist attacks. Google gives me all kinds of useful tools and platforms for free.

But not everyone’s like me. Four different questions from audience members concerned privacy. Schmidt assured one questioner, “Google was founded on a set of principles, and the company culture is not likely to change.”

I’m sure the audience member would be far more reassured if the principles Schmidt invoked—the famous Ten Things We Know to be True—actually mentioned privacy. Even once.

Are We Paranoid Enough?

I’m no legal scholar, but I’m pretty sure somewhere in the U.S. Constitution there’s a guarantee of our freedom to be paranoid.

For a great example, look no further than the recent failed legislation to expand background checks on gun purchases. Opponents warned that the new law would lead to a national gun registry (and thence, they implied, to inevitable door-to-door gun seizures and complete Communist takeover), even though the bill explicitly criminalized doing so.

Oh, but they would never do that! It would violate their principles! But what if the government paid them? Or threatened them into it? What if there’s actually a vast conspiracy between the government and Google to create not just a gun registry but a complete national database of what every single American buys, reads and thinks?

No, of course I don’t believe that. But I’ll bet you someone, somewhere does. And that’s the downside of growing your grad school project into a $300 billion behemoth with the power to literally shape the future. Every utopian dream you pursue provokes someone else’s totalitarian nightmare.

And even paranoids have real enemies.   Ω .

Jeff Segal writes and creates content for entrepreneurs at messagetherapist.net